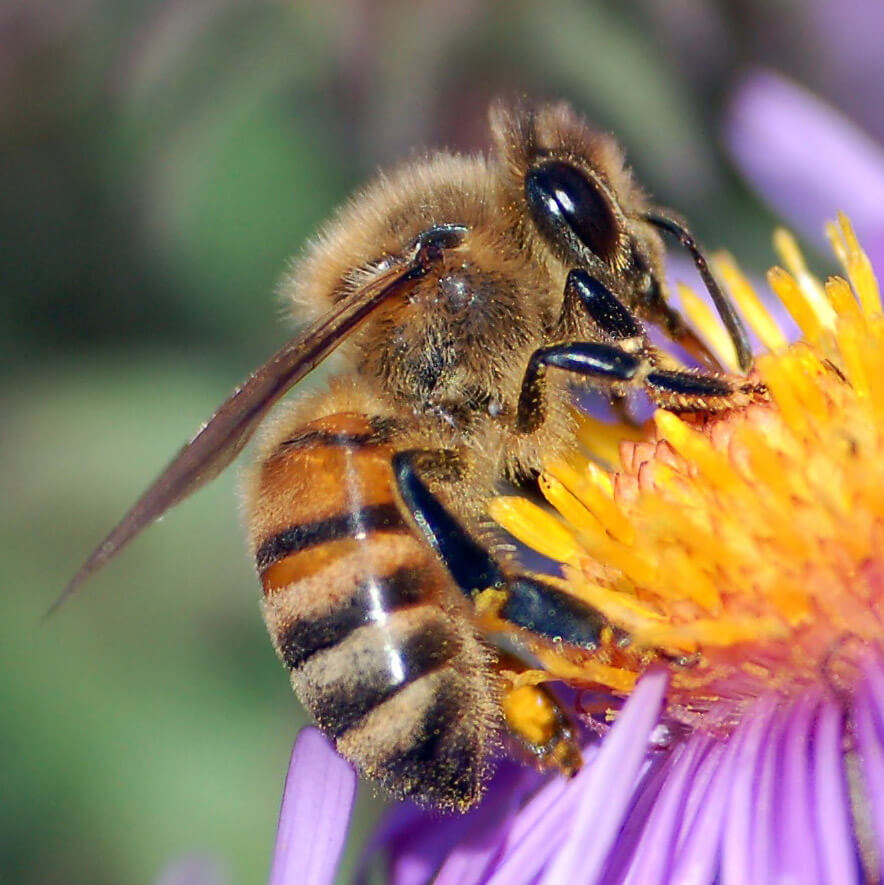 A honey bee colony consists of a queen, worker bees, male bees. Honey bees are 1/2”-3/4” long, with black and amber looking stripes, and a fuzzy body. The worker bees can often be seen carrying yellowish sacks of pollen on their back legs. Female worker bees can sting one time and will leave the stinger. The male bees, which are called drones, cannot sting and are fatter than the worker bees. Honey bees are typically gentle and are not prone to attack unless they have africanized traits. Africanized bees have only been found in small numbers in Alabama, Georgia, and South Carolina. Still, caution should be used when around a honey bee nest.

In the springtime and early summer (March – June) a colony of honey bees will split and multiply in a process called swarming. The old queen will leave with thousands to tens of thousands of worker bees. The old colony will raise a new queen. The bees that leave the hive are called a swarm. These bees will land on a nearby branch, bush or other object. It will look like a big bee nest comprised of only bees. They then send out 100s of scout bees to find the best suitable nesting location. Honey bees do not nest in the ground. They need a fairly large, dry dark cavity and prefer a location several feet or more off the ground. A swarm will usually be in a place no longer than one to three days. Upon picking the permanent location, the swarm of bees will suddenly leave and can move into their new home in very short order, as in an hour or less. Most people will not be around to witness this event but if you are it can be quite startling and unusual. You may see a humongous cloud of bees and hear a loud sound of buzzing as the bees move together. Then just like that the bees have moved in and you may only see a handful of bees coming in and out of the entrance.

A healthy colony can live in a place for years, even decades. A honey bee colony of one or two years old can consist of 60,000 plus bees and have up to a 50-100lbs of honey in their hive. Older colonies can grow even bigger.